Former President Donald Trump floated the name ‘Trump-it, or maybe ‘Trumpet,’ when discussing what to call a future social media venture, as he continues to be banned from Facebook and Twitter.

Yahoo News reported Wednesday that Trump is still trying to come up with a clear plan to launch his own social media platform.

The report details how too many people are involved in discussions and how the ex-president has yet to settle on a strategy, as he seemingly gears up to run for the White House a third time.

Former President Donald Trump floated the name ‘Trump-it, or maybe ‘Trumpet,’ when discussing what to call a future social media venture, as he continues to be banned from Facebook and Twitter

Yahoo said that a little more than a month ago, Trump voiced to advisers that ‘Trump-it’ might be a good name.

Since he floated it verbally it was unclear if it would be spelled ‘Trump-it,’ like the similarly named hair clips, or ‘Trumpet,’ like the musical instrument.

Trump later thought better of it.

‘He said “Trump-it the Puppet” out loud and thought people would make fun of it,’ one Republican source told Yahoo.

A Trump spokesperson confirmed to Yahoo that the venture would not be named ‘Trump-it.’

Allies of Trump have pitched a number of ideas. 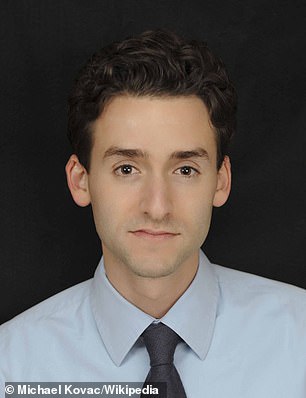 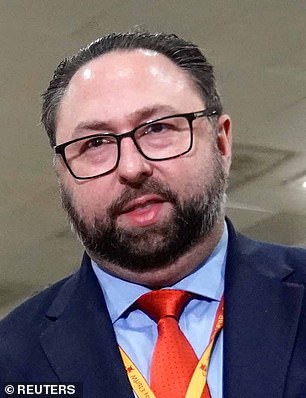 Litinsky wanted Trump to use a SPAC, which would quickly get a company on ths stock market, to get the venture going.

But Yahoo reported that Trump’s team killed the idea.

Miller told Yahoo Trump was still in talks to buy a stake.

Another adviser, however, said that the Trump social media playform is ‘not going to be GETTR.’

One Trump adviser told the news site he believes Trump’s reluctance to launch or bet on a platform is because he’s seen others on the right crash and burn.

Parler, for instance, went offline after it was used to coordinate portions of the January 6 Capitol attack.

Amazon Web Services booted it off its servers.

‘I think he recognizes the complexity. He’s watched these other platforms fail because they couldn’t support the number of users,’ said one Trump adviser. ‘He wants to be sure that if he stands something up, it works and it’s the right business deals.’

Others in Trump’s orbit questioned whether advisers were purposely helping Trump drag his heels.

‘From Trump’s perspective, he thinks [Twitter] helped him win. The greater question is: Is this a deliberate slow roll to keep Trump off it? Every time he’s off it, his poll numbers are as high as I’ve seen in a while,’ one former Trump campaign adviser told Yahoo news.

Trump is still making news by sending out emailed statements, but there are far fewer of those than there were tweets.

The ex-president is also staying in the headlines by hosting rallies and going on conservative news outlet.

But one Republican source suggested to Yahoo that the right-wing media appearances only prove Trump needs a more formidable social media presence.

‘If he’s doing Hannity hits, that means he’s figured out how screwed he is right now,’ the GOP source said. ‘It’s like a tree dropping alone in the forest. You’ve got the loudest mouth in the world, but is anybody hearing it?’

Op-Ed: The Huntington Beach oil spill is a once and future catastrophe